I’m really excited to start my first segment of Fearless Moms today! I will be sharing stories from my fellow infertility sisters, in hopes of encouraging and uplifting another mom/mom-to-be who may be struggling with infertility. If you’re interested in being featured, email me a little snippet of your journey at sarah@thebelmontranch.com and I will contact you to get your full story and photos.

From an early age I have always had an ardent desire to have children and I felt like my purpose in life
was to be a mother. When I finally met “the one” (my loving husband, Derrick) we both knew we
wanted to start a family. I didn’t think I would have a problem conceiving. After all, we were both
healthy and active. At the time, I had been off birth control pills for approximately five years and I wasn’t necessarily preventing pregnancy, but I wasn’t actively trying to get pregnant either. While I was taking birth control pills I always had painful menstrual cramps, but I thought that was normal. Shortly after I stopped taking birth control pills the menstrual cramps became crippling to the point I was stuck in bed for the first two days of my menstrual cycle along with other symptoms. The pain was horrific, and I have a high pain tolerance. Once again, I didn’t think much of this pain and I thought it was normal until Derrick and I started trying to conceive. 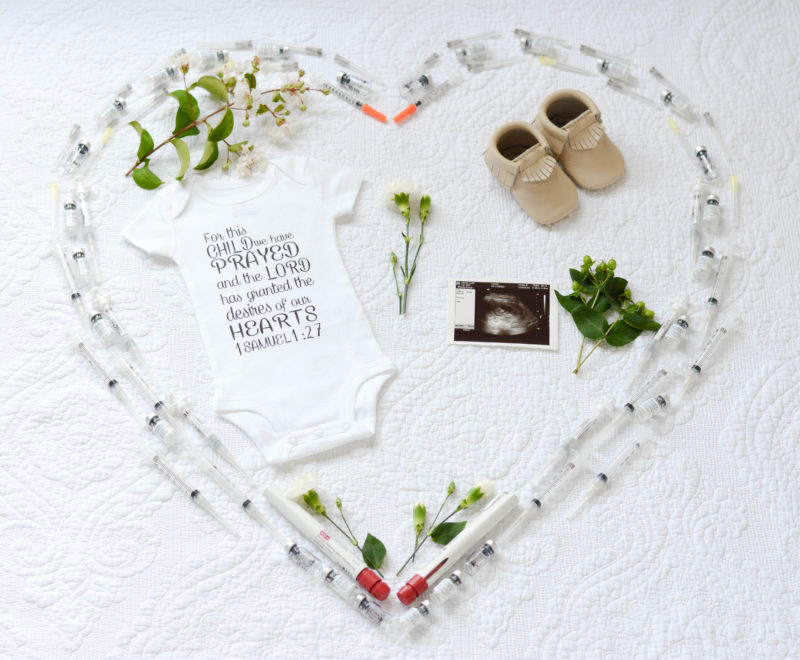 Once Derrick and I got married we decided to immediately start trying to have a baby. I went to the
store and bought ovulation test kits and even joined a few trying to conceive (TTC) Facebook groups. I
was SO excited at the thought of finally fulfilling my desire to be a mother, but that feeling was soon
overcome by sadness. Month after month I would get my period and I immediately felt disappointed,
sad, confused and several other emotions. I felt like my body was letting me down and it seemed like
everyone around me was getting pregnant. I became angry and resentful of the women around me who were pregnant. I didn’t like the bitter person I was becoming. Finally, I prayed and decided to give this situation to God. I knew He would bless me with the desires of heart for He is always faithful.

Fast forward several months of trying without any success, I confided in a close friend who told me her sister-in- law had similar period pain and was unable to get pregnant naturally. Furthermore, she told me that her sister-in- law had endometriosis. My first thought was, endo what? I have never heard of this word before, so naturally I started researching endometriosis and even joined an incredible Facebook group called, Endo Warriors. I connected with several other women who had similar symptoms such as I did, and I discovered endometriosis effects approximately 176 MILLION women worldwide and causes infertility. I think the word infertility scared me more than the word endometriosis. I then met with two obgyn’s, which one obgyn recommended laparoscopic surgery to ablate (burn) the endo and the other obgyn recommended birth control and a shot called Lupron; Both of which would prevent me from getting pregnant. The thought of surgery scared me, and I definitely didn’t want to take anything that would prevent me from getting pregnant. After all the goal was to get pregnant. 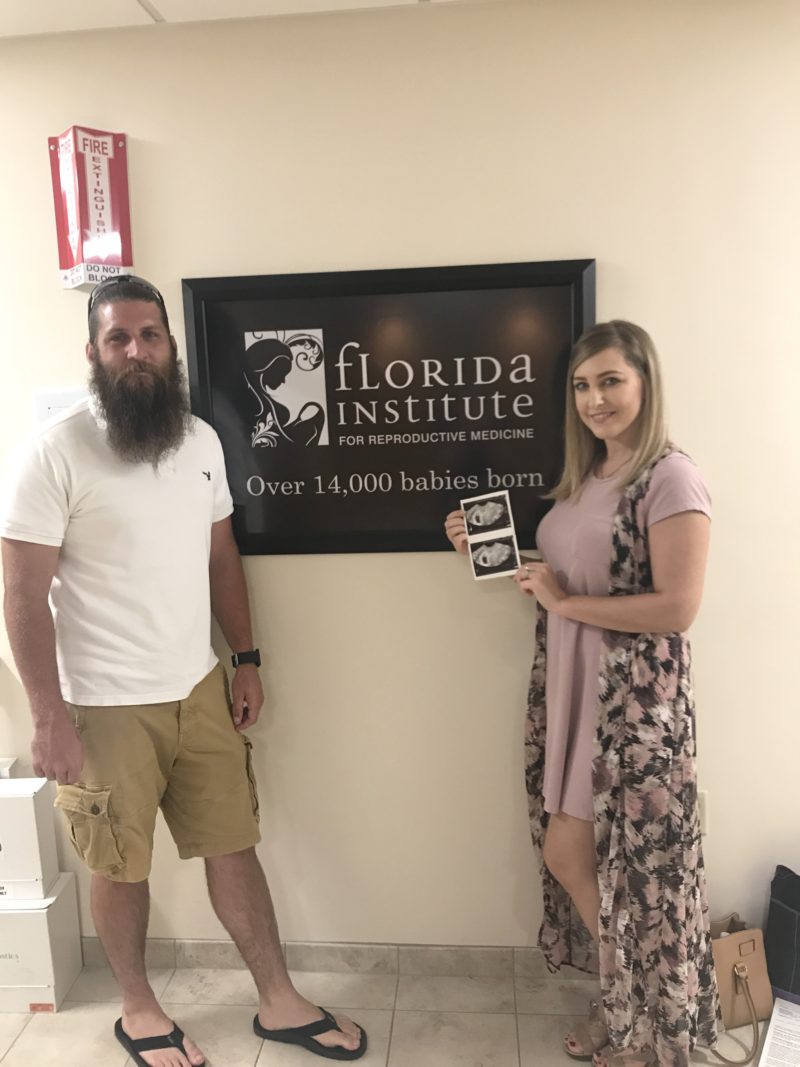 I continued researching endometriosis and spoke with the founder of Endo Warriors who informed me about the importance of seeking care from an endometriosis specialist who performs laparoscopic
surgery to excise (cut away) endometriosis. Throughout my research I discovered laparoscopic surgery to ablate endo has a 60-80% chance of regrowth whereas laparoscopic surgery to excise endo has a 5-10% chance for regrowth. I also discovered there are only approximately 138 endometriosis specialists WORLDWIDE! After discovering all this information, I began researching the world’s top endometriosis specialist when I discovered the Center for Endometriosis Care (CEC) located in Atlanta, Georgia. This was perfect since Atlanta was only four hours away from where I live. Once I contacted the CEC, I was advised of the process and within a month I had a surgery date scheduled for November 23, 2016. After surgery, I was diagnosed with Stage IV Endometriosis (the highest stage). I had endo on my bowels and bladder, which were stuck together. I also had endo on my vaginal wall and my pelvic wall, which caused adhesions. The adhesions stuck to the ends of my ovaries ultimately damaging the ends of my ovaries and prevented the eggs from releasing. I was advised that in-vitro fertilization (IVF) may be my only option of conceiving since the ends of my ovaries were so damaged. My endometriosis specialist suggested I wait a few months before trying to conceive or before seeking IVF treatment. He made it very clear that it is important that my ovaries heal before trying again. So, I waited and waited and prayed, a lot!

We began our IVF treatment in May 2017. During these ten days, every two days we had to drive to Jacksonville (two hours one way) for bloodwork and a vaginal ultrasound to check the growth status of my follicles. Once my doctor felt like my follicles were mature, I was scheduled for an egg retrieval. I was slightly sedated in a twilight stage while the fertility specialist retrieved my eggs. Due to my age (32) and the fact that I have Stage IV Endometriosis, my body only produced eight eggs. I was disappointed in the quantity, but my husband quickly reminded me that its all about the quality of the eggs and not the quantity and that God is in control. We both prayed! On day three, I received an update that five eggs were fertilized, via ICSI, and on day six I received another update that all five embryos made it to the blastocyst stage. My fertility specialist was amazed at these numbers and stated the quality of my embryos were great! I couldn’t stop thanking God.

Fast forward a few more weeks to the date of July 17, 2017 when I had my frozen embryo transfer (FET). We transferred one 5AB embryo and had to wait ten days before I could have bloodwork drawn to measure my HCG (pregnancy hormone) level. I’m sure it’s not a surprise, but I could not wait the full ten days!! I took a home pregnancy test six days after my FET and it was . . . POSITIVE! This is the first time I have ever seen those two precious lines. I cried and then immediately began thanking God because without him, none of this would have been possible. As I type this, it brings tears to my eyes to say I am currently 38 weeks + 1 day pregnant with a due date of April 4, 2018 with my precious IVF baby boy! 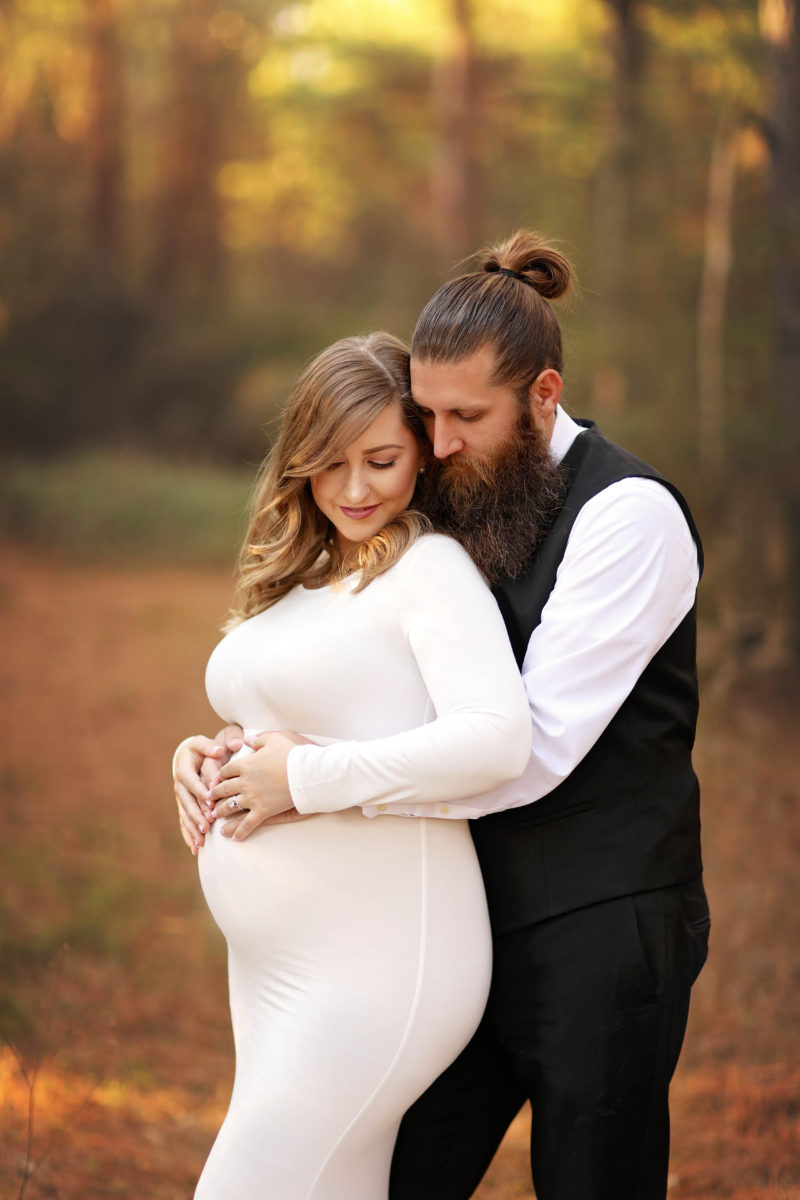 I have decided to be public with my endometriosis and infertility journey in hopes of educating women like me who may not know about the proper treatment of endometriosis and to also spread awareness on such a sensitive topic; Infertility. One thing to remember is that you are not alone. I have made SO many incredible and supportive friends, such as Sarah, by being open about my journey. It is so empowering to see women supporting and educating other women. 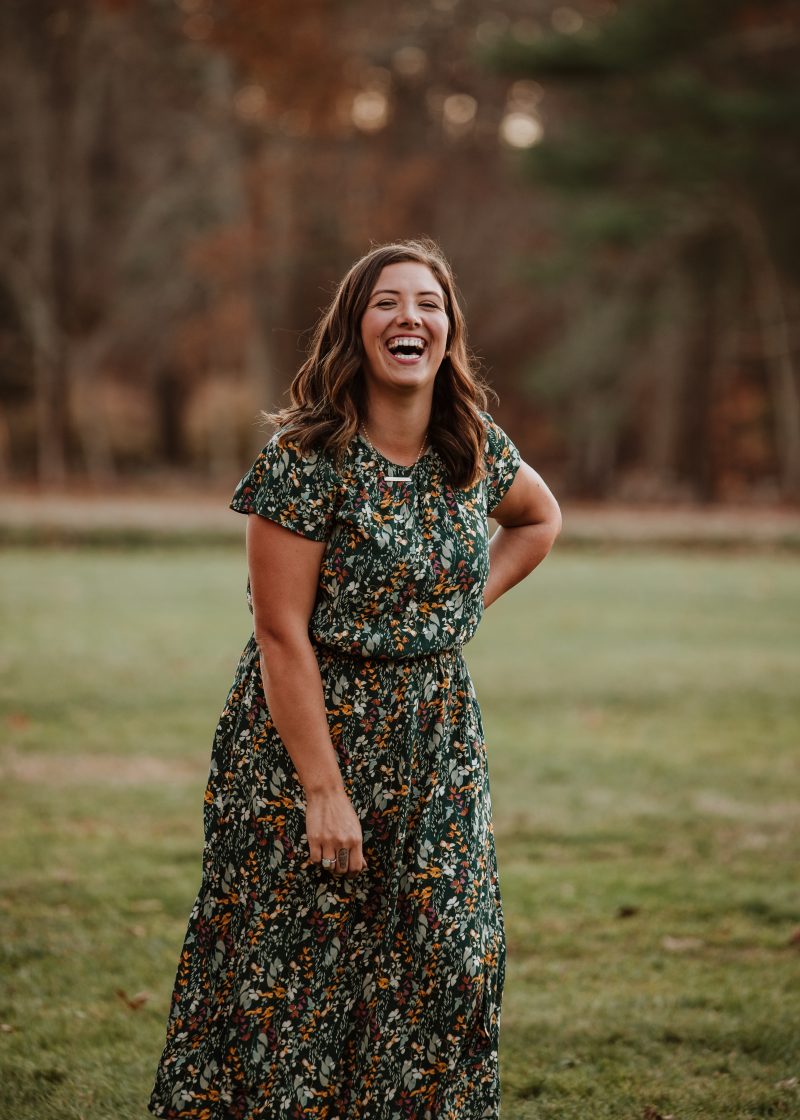 Who needs some last minute Easter basket ideas?! I